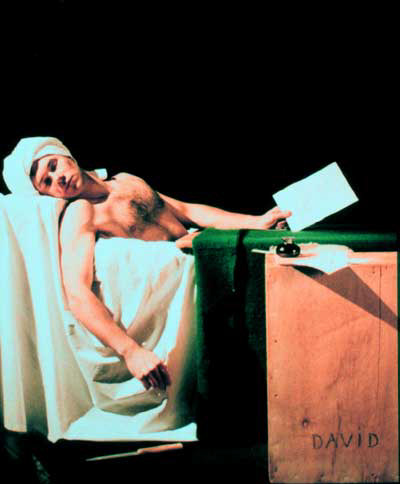 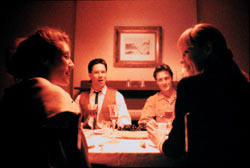 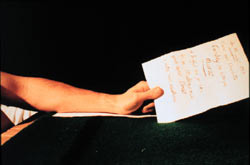 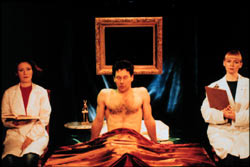 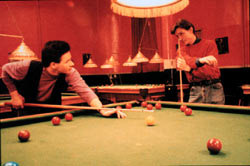 1992
experimental narrative video
50 mins
Broken Crowns is a postmodern retelling of the Jack and Jill nursery rhyme. Jack (Richard Wolfe) is a chemist obsessed with the Periodic Table. His sister, Jill (Martha Irving) is writing a Freudian analysis of the Jack and Jill rhyme for her PhD dissertation. Jack's girlfriend (Melissa Mullen), also named Jill, is a photographer fascinated with JFK conspiracy theories. Jack's friend, David (Jay Carmichael) is working on a film adaptation of Goethe's novel 'Elective Affinities'. After Jack and Jill visit the mysterious Bardon Hill in England, things go awry: Jack disappears from photographs as his normally ordered world becomes confused. Was Jacques Louis David responsible for the execution of the chemist Lavoisier? Was Marilyn Monroe involved in the Death of Marat? Did the chemists kill John F. Kennedy? Is David having an affair with Jack's girlfriend or is it just part of the film he's acting in?

Broken Crowns is an experimental narrative without a fixed point of view weaving together many layers of information and narrative. It uses the visual style of the French painter Jacques Louis David, the haunting theme from 'Tristan and Isolde' by Wagner, and the flat Brechtian style you might expect of 20th century nursery rhyme characters.
↑Back to Top